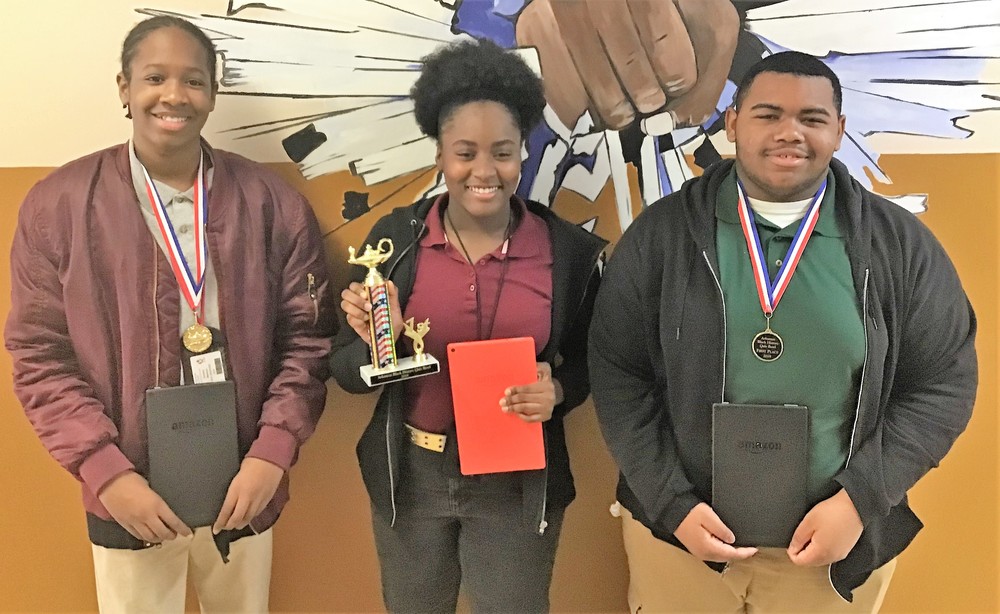 Students from Robert F. Morehead Middle School competed in the finals of the Arkansas Black History Quiz Bowl this Saturday as a part of the Mid South Black Expo presented by UAMS.  The event was held at the Clear Channel Metroplex Event Center in Little Rock.  RFMMS students, 8th grader Kevion Reeves, 7th grader Antonio Madison, and 6th grader Jameah Sanders faced off against students from the Pocahontas School District in two rounds for the championship.

The first round was closely contested and ended with a thirty point tie after eight questions.  The second round was much of the same as all three contestants answered a question each causing the score to be tied with one question left.  The last question was about a piece of Arkansas black history asking the name of the first school to attempt desegregation.  Member from both teams frantically pressed their buzzers, but it was RFMMS student Kevion Reeves who was given the first opportunity to answer.  His answer, "Hoxie 21", was determined to be the correct answer and ended the contest with a final score Pocahontas 60, Dollarway 70. The RFMMS team received a first place trophy and each student received a medal and Kindle Fire tablet. "I am beyond proud of what our students were able to accomplish and look forward to doing similar events in the future.", stated Mr. James, Copeland, Social Studies teacher who also accompanied the students to this event. The entire Dollarway Community is so very proud of these students, and their accomplishments. Picture 1: L to R: Antonio Madison, 7th grade, Jameah Sanders, 6th grade, Kevion Reeves, 8th grade; Picture 3: On stage-L: RMMS-Dollarway Team; R-Pocahontas Team