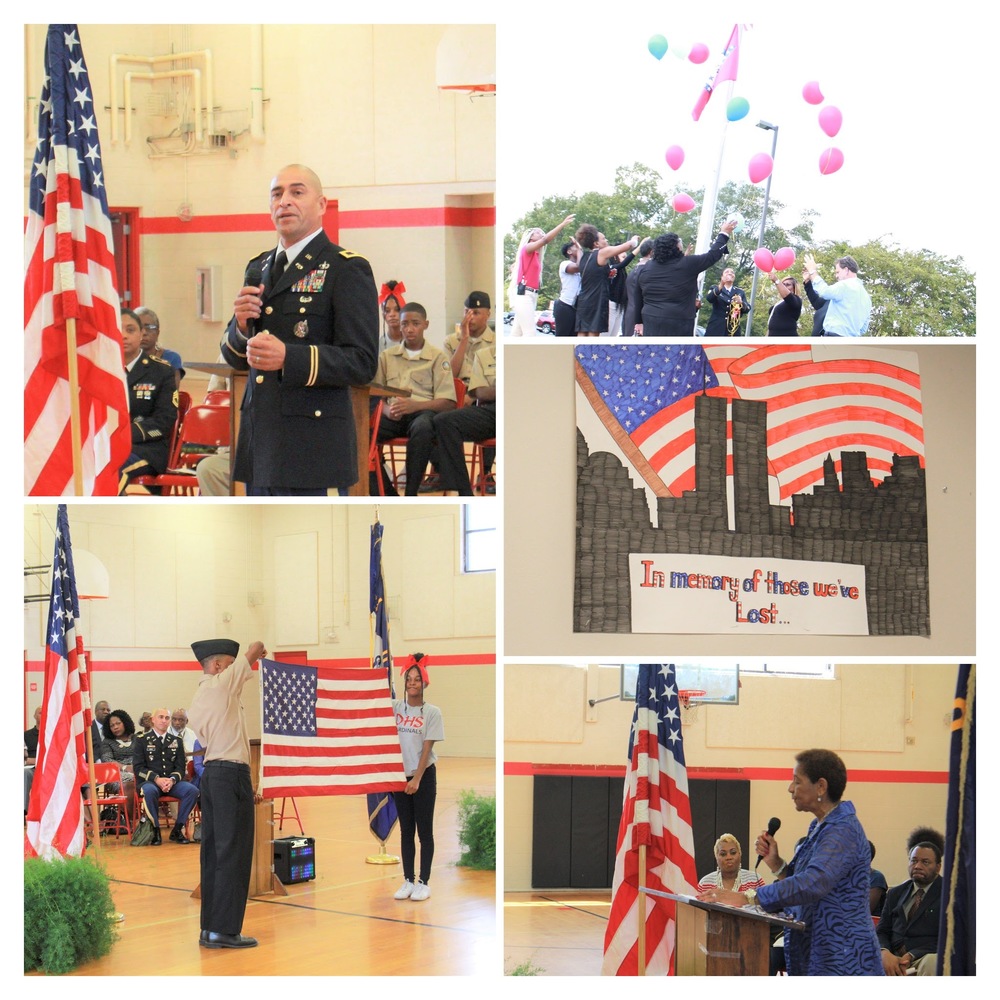 Thanks to all those who attended DHS's 911 Day of Remembrance Ceremony on yesterday. It was a wonderful tribute saluting Nehamon Lyons, IV, United State Navy & DHS Class of 1989. Sgt. First Class, Tara Tyler-Woods served as the Mistress of Ceremonies. The guest speaker was Colonel Luis A. Ortiz, Commander of the Pine Bluff Arsenal who has served in the United States Army for over 30 years. Colonel Ortiz encouraged students to be remembered by their good actions, and to follow instructions. He also made reference to a book entitled "Message to Garcia" which expresses the value of individual determination & initiative, traits necessary for those who lead.

Among the many moving tributes and presentations were students Laila Baker, Cherri Graham & Freddie Mae Thompson, who gave a dramatic recitation of a poem entitled "We're Still Standing". Mayor Shirley Washington was also present and shared inspiring words with students about the power of civic duty. She stated, "We will continue to stand and our freedom will stand...to make a better world. To have one Pine Bluff, and one America, no terroist can defeat us!"  As the ceremony wrapped-up Mr. Morrill Gray, owner of Paradise Funeral Home, presented a beautifully framed picture of Nehamon Lyons, IV to DHS Principal Yolanda Prim, to remain on display within the district.

At the close of yesterday's ceremony, DHS Class of 1989 held a balloon release at the flagpole and were given tours of the Nehamon Lyons, IV USN story Gallery, located in the Dollarway High School library. 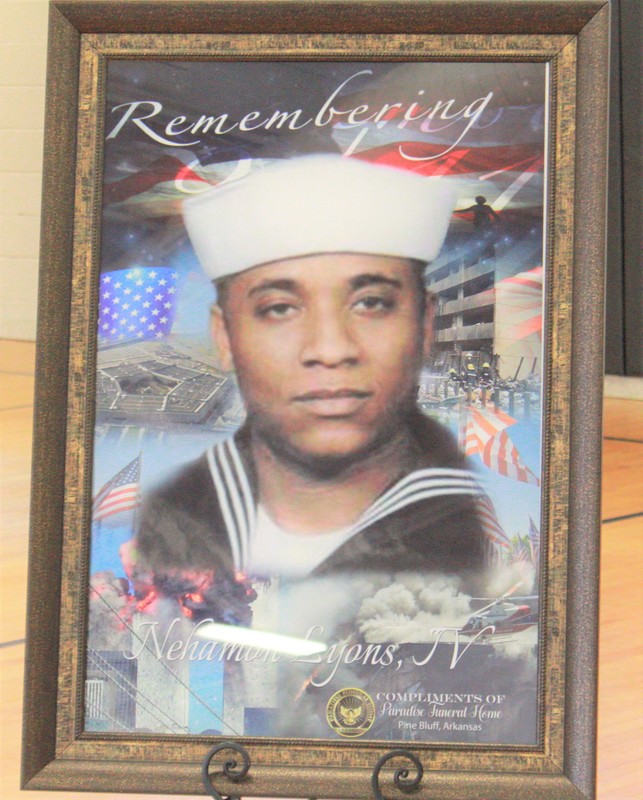