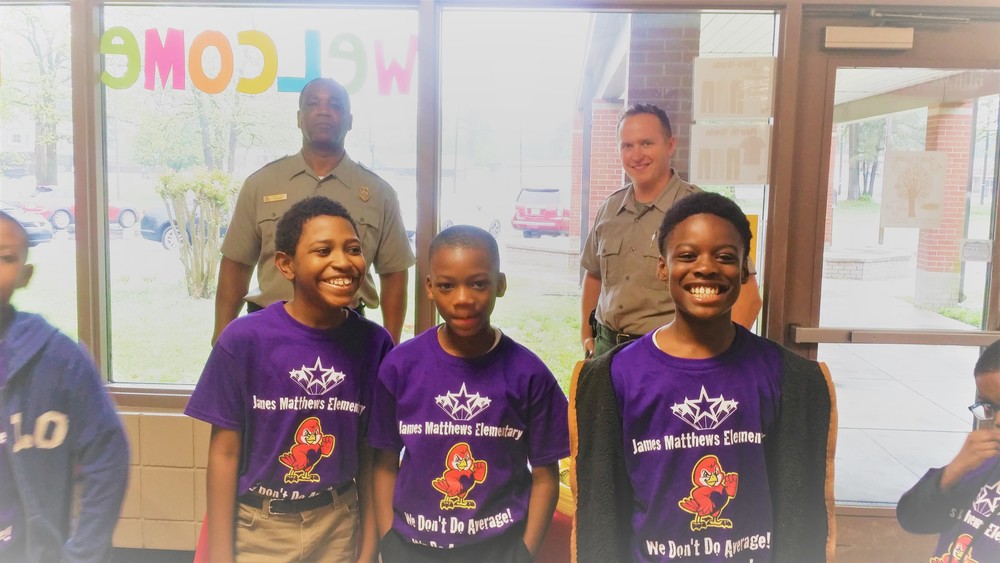 JMES students were all smiles on Thursday, as they celebrated their annual Career Awareness & Academic Excellence Day. Numerous representatives were on hand to show students the many different careers that they can pursue beyond high school. Among them were SEARK & UAPB nursing department and staff, Arkansas Game & Fish, Jefferson Area Vo-Tech, Simmons Bank, Pine Bluff Police Department and many more.

The day began with an all school assembly, in which students heard greetings from Superintendent Barbara Warren & Mayor Shirley Washington, followed by a special performance by poet, Sue Price Smith. Kennedy Sanders, 4th grade student, led the crowd in saying the Pledge of Allegiance. The keynote speaker for this event was Alice Horton, Author of "Grandma Got Stuck in the Bathtub" & "The Real Meaning of Christmas". Also in attendance was Emmy-award winning artist (Warner Bros.) Byron Vaughns, who is a native of Pine Bluff, AR and was selected as the special guest for The Arts & Science Center's 2019 Crossroads Festival.